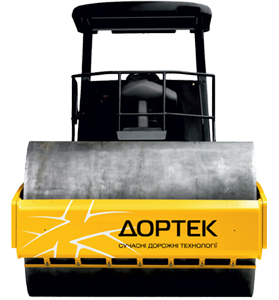 Since 2010, DORTEK has been purposefully working on the possibility of improving the road surface by using natural bitumen Selenizza SLN 120®, which is a natural product and is environmentally friendly, economical and efficient. During this period, a set of works was carried out with the participation of Ukravtodor and Kyivavtodor with natural bitumen Selenizza SLN 120® from Albania, the use of which is scientifically justified by theoretical research, laboratory experiments, natural tests and documented by acts of construction and inspection. Experimental sections of the road surface, which have been concluded in Ukraine since 2011, have shown high efficiency in the use of natural bitumen Selenizza SLN 120®. Thus, today the material is recognized as a modifying additive for the preparation of asphalt mixtures (ABS) and gravel-mastic mixtures (CMS), according to the Technical Certificate issued by the Ministry of Regional Development, Construction and Housing of Ukraine dated February 14, 2013 and Technology SOU 42.1—37641918—114: 2014 "ASPHALT CONCRETE MIXTURES AND ASPHALT CONCRETE MODIFIED WITH NATURAL BITUMINS" from 2014.
Natural bitumen Selenizza SLN 120® is compatible with all types of bitumen and is regulated by European standards EN 13108-1 and EN 13108-4 "Bituminous mixtures - technical characteristics of the material" - Part 1 "Hot asphalt" and part 4 "Asphalt concrete".
The use of natural bitumen for asphalt mixtures can qualitatively improve the physical and mechanical properties of the road surface - its strength, frost resistance, resistance to shear, resistance to subsidence and increase service life.

In addition, the following factors are improving:

The material does not emit harmful fumes during production, during production, transportation, installation and operation, which is especially important for the environment and human health, both those involved in the production and installation of ABS, and pedestrians and drivers. This action of natural bitumen Selenizza SLN 120® is based on its ability to bind aromatic polycyclic hydrocarbons in the base bitumen, reducing the activity of carcinogens.

The modulus of elasticity of the ABS layer with natural bitumen Selenizza SLN120 significantly increases according to the test estimate and reaches 19,000 MPa, in accordance with European standards. The probability of subsidence decreases and the strength of the coating increases.

Application Selenizza SLN 120® practically does not change technology of preparation and laying of ABS. Along with the possibility of supplying Selenizza directly to the mixer on ABZ, it also allows to modify bitumen in boilers on ABZ much easier, faster and cheaper than using modifiers of synthetic (chemical) origin. Compaction of asphalt concrete is carried out immediately after the asphalt paver. The quality of the seal increases.

In the estimate documentation

The use of natural bitumen Selenizza SLN 120® does not complicate the use of the AVK complex, as it does not change the paving technology, and is included in the price of ABS as a material.

The new material has no analogues.
New technology for modifying or improving organic binder. Does not complicate existing ones.
Better compaction due to higher viscosity, which allows you to build faster and better pavements.
Environmental friendliness (green bitumen).
Cost-effectiveness (lower cost of both modified bitumen and asphalt pavement). 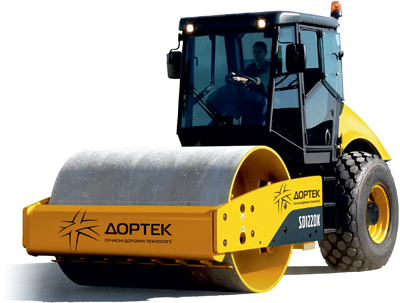